AEGEE Bergamo is proud to announce its application to the Franck Biancheri Award 2017.

Franck Biancheri has been a big personality in the European scenario. He strongly believed that citizens were the key to success for the European construction and he spent his life advocating the ideals of a more democratized and united Europe. His strong ideals led him to found AEGEE and to play a fundamental role in the creation of the Erasmus program. Thanks to his passion and engagement many young people can now experience a stronger European spirit.

After his death in 2012 The “Association des Amis de Franck Biancheri” (AAFB) was created.

In order to to keep Franck’s memory alive, the AAFB created the “Franck Biancheri Award” accessible every year to the entire AEGEE network.

Locals are invited to build a creative program of Franck Biancheri-related activities, and the winner will get 2,500 euros to conduct that program.

AEGEE-Bergamo, inspired by Franck Biancheri ideals, had some great ideas to bring up in the city the debate about Europe.

What is the European founding idea? What is the ideal of society we want to live in in the future? And how can we build that ideal Europe concretely? Those are only some of the questions on which our project will focus and aims to answer.

Finger crossed for the results! 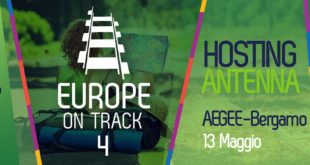 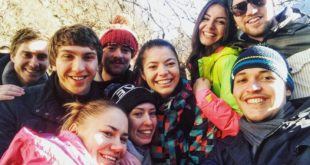